I recently completed my DPhil at Oxford, submitting a thesis titled:

It can be argued that cybersecurity is a holistic form of security, the security enabling all other securities, given the digital realities and interconnectivities of the globe today. As the contemporary is full of technological powers and trends that are rapidly changing the world, the character of cybersecurity has profound implications. Moreover, we are in the midst of emergent digital-technical processes that are defining our futurability, that is, the cluster of potentials that shape what happens next. We therefore need a broad, inclusive perspective of this holistic security, one that sets the ground for considering cybersecurity as the basis of our societal and existential security in the world-to-come.

Building from the question ‘what is cybersecurity?’, this thesis argues that networked computing and global digitality has produced a ‘moral emergency’. It argues that cyber is always already security because these technologies provide fundamental resources and structures for defining how we ought to live, while significantly disrupting and metamorphosing our social and political lifeworlds. Much of this is currently speculative or in early development, so we must investigate how these potentials and possibilities are likely to unfold, asking questions about the effects of certain designs and desires. We therefore need a ‘general cybersecurity’ through which to consider the fundamental dynamics of this situation and, from this, how we might choose different techno-societal designs and compose alternative ways of acting to make these possible.

This is considered through the concept of ‘cybersecurity anthropotechnics’. Here, cyber means the totality of interconnected digital technologies and their effects, including our mythic relations with computers; while security means the stability, safety, and certainty of the ordering of the structures and processes of the social world. Anthropotechnics concerns the co-productivity of humans and technics, and the unavoidable spatial and symbolic technologies of self and community formation within which humans create secured domesticity. Crucially however, this is a dynamic process always in excess of itself, always causing further disruption and insecurity.

Employing a transdisciplinary approach anchored in social theory, philosophy, and cultural critique, and incorporating history, politics, and design theory, the thesis comprises a series of linked investigations that expand the concept of cybersecurity anthropotechnics. These are organized around four thematic chapters. The first concerns immunology, which draws principally on the work of Peter Sloterdijk and Bernard Stiegler to form an onto-political position concerning the formation of humanity through and with technics; the second concerns the android imaginary, looking at how technics flourish as aspects of modern social imaginaries, with particular emphasis on the figure of the android, or artificial person; the third considers the technosphere, examining the contemporary as historical period and planetary reality, and the resultant radical transformation in the possibilities for immunology; the fourth is about futurability, the politics of time, and engagements in the ‘imaginary reconstitution of society’, with the objective of designing anthropotechnical futures that prioritise human flourishing and technical health. The thesis concludes by arguing that cybersecurity anthropotechnics be seen as the grounds for fostering forms of sapiential design; creative spaces of ethical wisdom that enable the arts and techniques of living in the digital technosphere.

My thinking has developed in some interesting ways since this was completed. Primarily this has been due to being able to think ‘outside’ of the bounds of cybersecurity – I was part of the CDT Cyber Security linked to the computer science department, so I started with this question about cybersecurity and kept pulling the threads until I ran out of time and had to put a thesis together!

There’s a short story by the Italian novelist and essayist Italo Calvino called The Flash that I often return to when writing or teaching to get thinking about the invisibility of the design of everyday life, which I think is captured perfectly in this short tale. 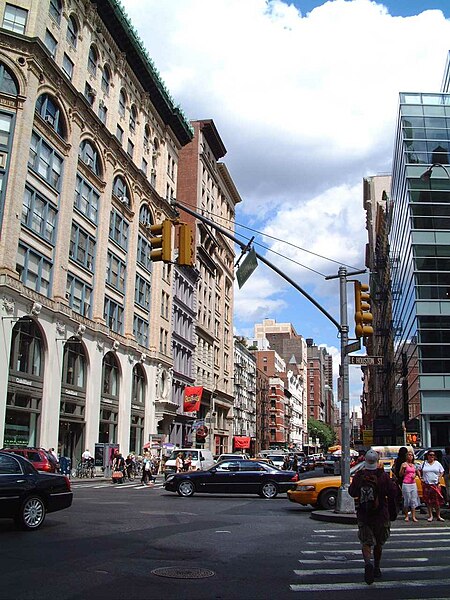 The full story in English goes like this, and as with everything by Calvino it’s well worth the read:

It happened one day, at a crossroads, in the middle of a crowd, people coming and going.

I stopped, blinked: I understood nothing. Nothing, nothing about anything: I didn’t understand the reasons for things or for people, it was all senseless, absurd. And I started to laugh.

What I found strange at the time was that I’d never realized before. That up until then I had accepted everything: traffic lights, cars, posters, uniforms, monuments, things completely detached from any sense of the world, accepted them as if there were some necessity, some chain of cause and effect that bound them together.

Then the laugh died in my throat. I blushed, ashamed. I waved to get people’s attention and “Stop a second!” I shouted, “there’s something wrong! Everything’s wrong! We are doing the absurdist things! This can’t be the right way! Where will it end?”

People stopped around me, sized me up, curious. I stood there in the middle of them, waving my arms, desperate to explain myself, to have them share the flash of insight that had suddenly enlightened me: and I said nothing. I said nothing because the moment I’d raised my arms and opened my mouth, my great revelation had been as it were swallowed up again and the words had come out any old how, on impulse.

And I stood there, lost, because as I saw it now everything had fallen into place again and everything seemed natural, traffic lights, monuments, uniforms, towerblocks, tramlines, beggars, processions; yet this didn’t calm me down, it tormented me.

“I’m sorry,” I answered. “Perhaps it was me that was wrong. It seemed that way. But everything’s fine. I’m sorry,” and I made off amid their angry glares.

Yet, even now, every time (often) that I find I don’t understand something, then, instinctively, I’m filled with the hope that perhaps this will be my moment again, perhaps once again I shall understand nothing, I shall grasp that other knowledge, found and lost in an instant.

I have often suggested that what we need to search for is a sensibility through which we can grasp forms of ‘other knowledge’; such knowledge is a disquieting and ultimately tormenting reminder that we are doing absurd things. In The Flash these absurdities seem, on the surface at least, to be tremendously mundane – traffic lights, tower blocks, and the like. But they illustrate that the everyday is indeed designed – the result of desires, imaginaries, choices, hierarchies, power relations – and that the everyday designs us in return, with regard to the same aspects of our humanity. Yes, Dasein is design.

In one way this is a relatively conventional sociological perspective, albeit one that generates some real ‘epistemological shudders’ (as I like to call them) in undergrad students and how they understand the world that surrounds them. It also illustrates rather well the German philosopher Peter Sloterdijk’s argument about human self-domestication.

Sloterdijk says that what distinguishes humans as particular types of animals is that we are the ones who domesticate ourselves. We create atmospheres, spheres, zones, territories, ventilated spaces, where we exist in a physiological and symbolic mesh. What’s interesting about these spheres (we’ll just call them that for now) is that we’ve expended a great deal of effort distinguishing between ourselves – people – and the non-people things that share these zones with us; those things that become tremendously mundane, even if they at first appear astoundingly magical (like those first generation smartphones).

A major issue we need to confront rather quickly, and this is one of the central points of this whole philosophical anthropology project of mine, comes at us in two aspects: the first is that we’ve probably always been mistaken about this person-thing binary, and there are other ways of thinking and practicing human life that could be unlocked in a move away from this binary; the second is that we really, quite urgently need to begin thinking about this unlocking, because we are creating – that is intentionally designing and adopting – a world densely populated by things that are already beginning to rapidly and awkwardly exceed the person-thing boundary or distinction, like automated machines or various kinds.

This post isn’t going to take this point any further, because the point for now is that I think we really need to all experience a flash of ontological insecurity and epistemological shuddering about our very real need for other knowledge – that is, ethical and political knowledge – about the everyday life we are designing and adopting. This is what I call anthropotechnics – self-domestication of humans with, by, and along with technical and imaginary things – and we’ll be returning to this in many future posts, as I’d be so bold as to claim that this is what it actually means to be human.

Here is a conference abstract that I’ve recently submitted. As you can see, this is specifically for an audience of sociologists (at least primarily), so I’m working through and around notions of togetherness quite specifically.

Over the coming decades it looks likely that robots of various types will enter the private and public spaces of our lives. This paper explores some of the sociological implications of the forecast arrival of robots. Starting from the argument that ‘robot’ is an ‘essentially contested concept’ – indeed one entangled with mythologies of AI – I consider robots through their conception to (mostly speculative) implementation. Like all machines and material systems, robots are socio-political artefacts, embroiled in our machine-metaphor engineering; our making the world through social imaginaries shaped by power hierarchies. I suggest work on design sociology and the ethics of invention can help us engage with desires for and designs of robots. We must also consider the ‘material agency’ of robots as algorithmic decision makers, debating the role of automation in/as social organisation, and whether emergent forms of automation are a special case (they likely are, from a certain point of view, but we must avoid technological fatalism). Finally, there are the ‘enveloping’ effects of robots, how the introduction of robots will shape our proximities; our physical interactional closeness, our location within forms of social organisation (hierarchies and inequalities), and the symbolic affectivity that accompanies this, with regard to our sense of belonging, inclusion and exclusion. The robots of the near-future will not be the stuff of science fiction, but there is the potential for them to have a significant societal impact. For this reason they need careful sociological analysis.

At present I’m purposefully leaving this notion of ‘robot’ very open to being contested; certainly by myself in the process of composing and presenting this piece. I suppose my aim here is to work towards a different kind of what might be termed ‘philosophical theology’ when it comes to thinking about togetherness that is neither the bold humanism of so much modern thought nor the ontological flattening is lots of materialist theories.

As you can see from the abstract, I think that the very idea of robots – and I tend to think in terms of ‘general purpose robots’ rather than ‘specific task robotics’ – provides us with an ideal avenue for considering contemporary ethics, justice, politics and design.

This is one of my favourite quotes from Günther Anders:

So this is the basic dilemma of our age: we are smaller than ourselves. In other words, we are incapable of creating an image of something that we ourselves have made. To this extent we are inverted Utopians: whereas Utopians are unable to make the things they imagine, we are unable to imagine the things we make.

Being “unable to imagine the things we make” seems so counter intuitive at a time of such abundant technological imagination, yet that we are indeed “smaller than ourselves” is what makes philosophical anthropology – the questioning of togetherness and personhood – so necessary, so essential.

What is philosophical anthropology?